UPDATE: The Film 'Man of God' Is Scheduled to be Released on March 21st Nationwide in the United States 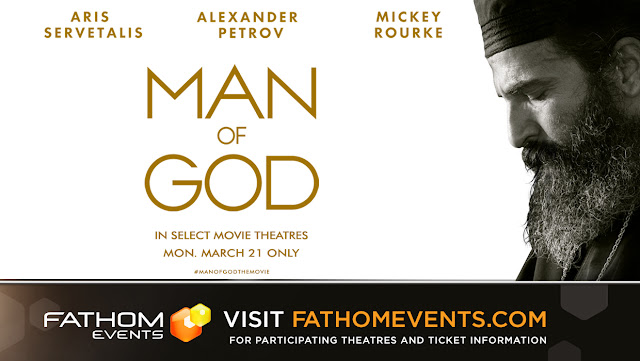 According to IMDB, the internationally acclaimed film Man of God, about the life of Saint Nektarios, will be released nationwide in the United States on Monday, March 21st at 7pm. For right now, it is one night only. If it does well in cinemas, it may be extended to other nights. For now, it will be playing in over 800 cinemas nationwide. You can purchase your tickets now. I encourage people to do so, in order to sell out the theaters and for it to be extended with more dates.

See where it is playing near you and purchase your tickets here. Group sales requests must be for a minimum 25 tickets., which can be made here.
See trailer and info here.
John at 12:36 PM
Share
‹
›
Home
View web version